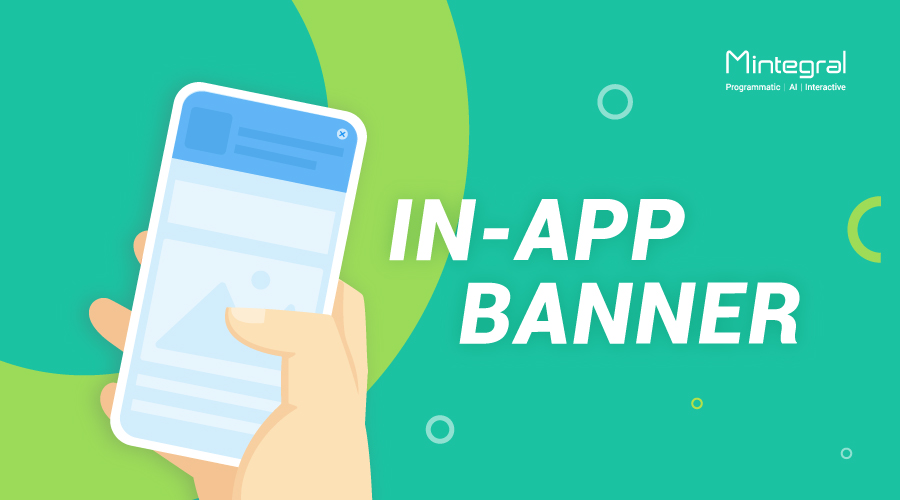 You are probably familiar with banner ads, which you would usually find at the top or bottom of app interfaces. This is the earliest and most common ad format around and it’s still very much in use all over the world. We are excited to announce that Mintegral’s latest SDK version fully supports banner ads, which will provide developers with more monetization avenues.

Why banners? Why now?

At Mintegral, we started with an ad platform that supported native and video ads, later becoming famous for our interactive ads. So you might wonder, why are we now adding support for banner ads?

Don’t get us wrong, while video and interactive ads are still extremely popular and we love working with them and we want to continuously innovate on that front, we have to admit that banner ads are still the most broadly used format and a major source of revenue in the entire advertising industry.

“Although banner ads are not exactly an innovative format, they are a vital part of the mobile advertising landscape and they play an important role in mobile app monetization,” said Wang Chunyu, Senior Product Director at Mintegral. “Developers have often asked us to provide full support for banner ads and we’ve listened to their request. Rewarded video and playable ads are currently the most popular ad formats, while banner ads represent a solid complement to developers’ ad monetization strategy. We provide a range of ad choices to developers and help them build a well-rounded monetization strategy, and use multiple ad formats to further increase their ad revenue.”

How to use banner ads

In-app banners are usually small, with 320x50px being the most popular size. Due to their size restriction, banner ads can only display a limited amount of content and the ad creatives are relatively simple and less attractive than other formats. However, the banner ad format that Mintegral supports is aiming to change that, making banner ads more attractive and therefore, more profitable.

How to start using banner ads

Developers who are already working with us simply need to update their SDK and set up their ad slots in the backend. For developers who don’t have an account with us, simply sign up via Mintegral’s developer platform, integrate our SDK and begin your monetization journey.