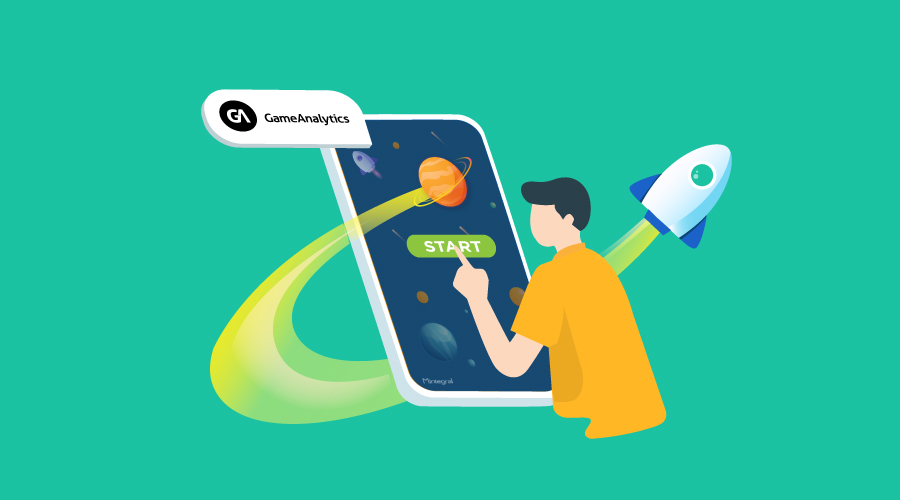 What GameAnalytics Data Tells Us About Chinese Players’ Behavior

How much do we know about the gaming habits of Chinese gamers versus their counterparts in the West? GameAnalytics Director of Customer Operations Ivan Bravo shares the latest industry benchmarks at the Mintegral Bridge Summit and here’s what we found out.

The final Mintegral Bridge summit of the year was hosted in Paris alongside Game Connection and saw thousands of industry experts come together to share insights, discuss trends, and strike deals. Joining our friends from Mindworks and JoyPac was Ivan Bravo, Director of Customer Operations at Game Analytics, who came by to share some very interesting insights about the Chinese gamers. Let’s dive right in!

What makes a good conversion rate?

There are over 713 million smartphone users in China, which is about three times more than either Western Europe (271 million) or North America (253 million). What’s interesting is that despite (or because of) its massive user base, China’s hyper-casual conversion rates are not far off from the West, at 0.04% versus 0.05%. However, the mean conversion rates in China have a higher variance (from 0.027% to 0.053%) when compared to the rest of the world (from 0.048% to 0.054%).

Ivan’s Pro Tip: Because of the high variance at play, try experimenting with seasonal offers and pay attention to when conversion rates are higher to serve an offer/promotion/discount. Chinese players tend to react better to seasonal offers than the rest of the world.

Looking at the Average Revenue per Paying User (ARPPU), Ivan revealed that China’s player base shows a higher variance than the rest of the world, with mean ARPPU being at similar levels. What this means is that China’s high spender user base is not only bigger, but their spending power is also significantly higher.

Ivan’s Pro Tip: High spenders in China may yield better ROI than those in other regions, experiment with campaigns aimed specifically at this player segment to attract/retain them.

How often do players spend money inside games?

According to data from GameAnalytics, Chinese players tend to spend money slightly more often than their counterparts in the rest of the world. This trend tends to be consistent throughout the year but increases during special events like the Chinese New Year or other big holidays.

Ivan’s Pro Tip: Games that monetize with many small-scale transactions can be successful in China, as players tend to spend small amounts more frequently than in the rest of the world.

How much time do players spend in a game?

Chinese players tend to engage with their favorite games significantly loner than anywhere else in the world. While the session time median values in the rest of the world hover around 70 seconds, China’s user base spends almost 50% more time in a game, a trend that doesn’t isn’t significantly impacted by seasonality.

How many times do players open the game?

Ivan’s Pro Tip: Lowering difficulty level may help a player in the rest of the world complete a couple of levels in one short session, but it may mean that Chinese players pass through the game too quickly or perceive it to be repetitive.

How loyal are players to their games?

Chinese players tend to be very loyal to the games they play. In fact, according to our Mobile Gamers in China report, over 90% of them keep playing a game for more than a week. However, Chinese gamers have an appetite for trying new games which is why the stickiness mean value tends has a higher variance than the rest of the world.

Ivan’s Pro Tip: Chinese players have a few trusted games they go back to, but tend to experiment with many new games on the weekend. This creates opportunities to test game design improvements on new players until their behavior shifts and the game becomes a regular destination for them.

How many players come back the next day?

Day 1 retention data shows that Chinese players tend to retain slightly less than the rest of the world. This makes sense if we remember the previous graph, where we mentioned that gamers in China tend to try out more games, therefore diluting D1 numbers.

Ivan’s Pro Tip: The holiday season can be a good time to monetize players in the short term (e.g. 7-10 days) for new titles. If the game has been carefully honed to retain new players already, a strategy to retain these players for the long term may be more worthwhile than short term gains.

How many players come back the next week?

The Day 7 retention data from GameAnalytics provides an even clearer picture: while most Chinese gamers might try a game for a week, a significant percentage of them will come back after a week. Looking at the numbers, less than 6% of Chinese gamers will be back a week later, compared to 9.4% in the rest of the world.

This means D7 retention can represent a good lead metric for other performance indicators, and it may be worthwhile tracking it closely and working to improve it, with A/B tests, changes in game design and monetization activities.

What are the key takeaways?

So now that you’re armed with the data about China’s market what can you do? There are three main conclusions we can draw from this:

GameAnalytics is the free player analysis platform of choice for developers, from indies, to large games studios, and international publishers. It helps them to analyze, understand, and monetize their players by making the right decisions based on data. Find out more at www.gameanalytics.com.