Hyper-casual games have taken the mobile gaming industry by storm and they’re not showing signs of slowing down anytime soon.

Hyper-casual games have taken the mobile gaming industry by storm and they’re not showing signs of slowing down anytime soon. In fact, expect hyper-casual gaming to be the main topic at this year’s ChinaJoy – we’ll tell you why and how companies like Voodoo made it work.

It’s no secret that hyper-casual games have had a tremendous impact on the mobile gaming landscape over the last year. Any metrics you look at will tell you that there is a significant appetite for this new genre and it reflects a shift in how the global mobile gaming market will look like in 2019 and beyond.

The typical user is no longer the hard-core gamer who spends several hours a day interacting with a single game. Fewer and lengthier sessions are being replaced by multiple, quick-fire sessions, played on the go or in-between other activities. Gender distribution and demographics are also changing, with women representing over 55% of the total user base and over a third of hyper-casual gamers being 45 or older.

With yearly revenues estimated to go over the $2 billion mark, more and more mobile game developers are shifting their focus or adapting their strategies to include hyper-casual games. And with ChinaJoy 2019 around the corner, expect to see more news and bigger developments to come from this sector.

One of the prime examples of success in this new sector is Voodoo, a company that has become synonymous with hyper-casual gaming.

Voodoo has been doing so well in fact that they have recently hit 2 billion downloads across their games, which should be enough to tell you that hyper-casual games are not a fad. On top of that, the recent $200 million investment from Goldman Sachs means that Voodoo is positioned to continue its successful run as one of the biggest players in the industry.

Their recent success in the US and Europe made them even stronger and gave them enough reasons to expand to the East, eyeing the APAC region including the Chinese market known for its massive mobile gaming population. Voodoo has been working with Mintegral since 2017 and thanks to their experience working in the APAC region, they have achieved significant success, not just from a UA campaign point of view but also from an ad monetization strategy perspective.

Voodoo and Mintegral at ChinaJoy

As ChinaJoy is one of the industry’s largest and most prestigious events, expect to see the Mintegral team there, along with other industry leaders.

Mintegral and their partners at Morketing will be hosting a seminar called Hyper-Casual Games in the East and West on August 1st at ChinaJoy. Guest speakers include Google, JoyPac, App Annie, and Tenjin, all coming together to share their insights into the hyper-casual gaming market and how to find success in this rapidly-growing sector.

If you would like to discuss hyper-casual games and see how your business can benefit from this new genre, simply schedule a meeting with the Mintegral team. 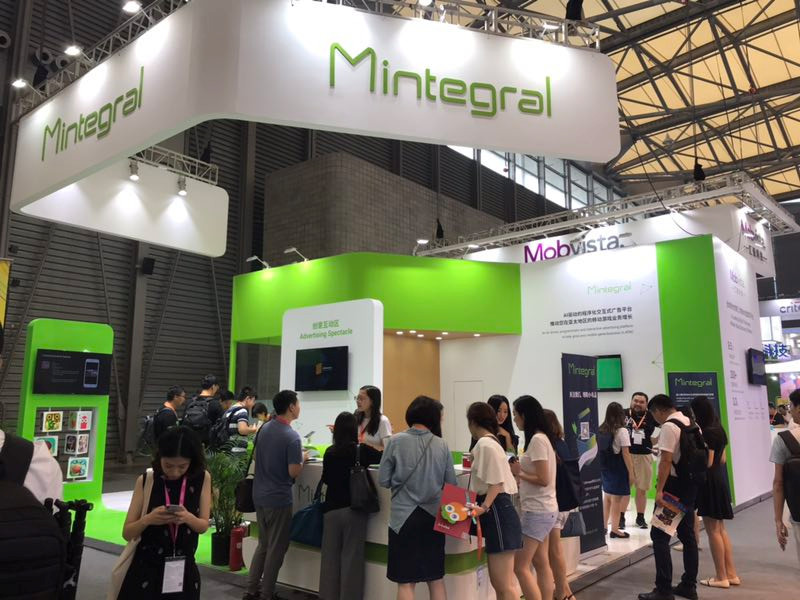 Seminar: Hyper-Casual Games in the East and West

This 1-day seminar will bring together experts from different areas to show you how they approach hyper-casual games, what their challenges are and what you can learn from their successes.

Here’s what you can expect from our seminar:

We’ll also have a Q&A session at the end of the panel and then feel free to join our networking party to meet and chat with some of the hyper-casual industry’s top minds.

To find out more about our ChinaJoy seminar, please visit our dedicated event page (click here). See you in Shanghai!