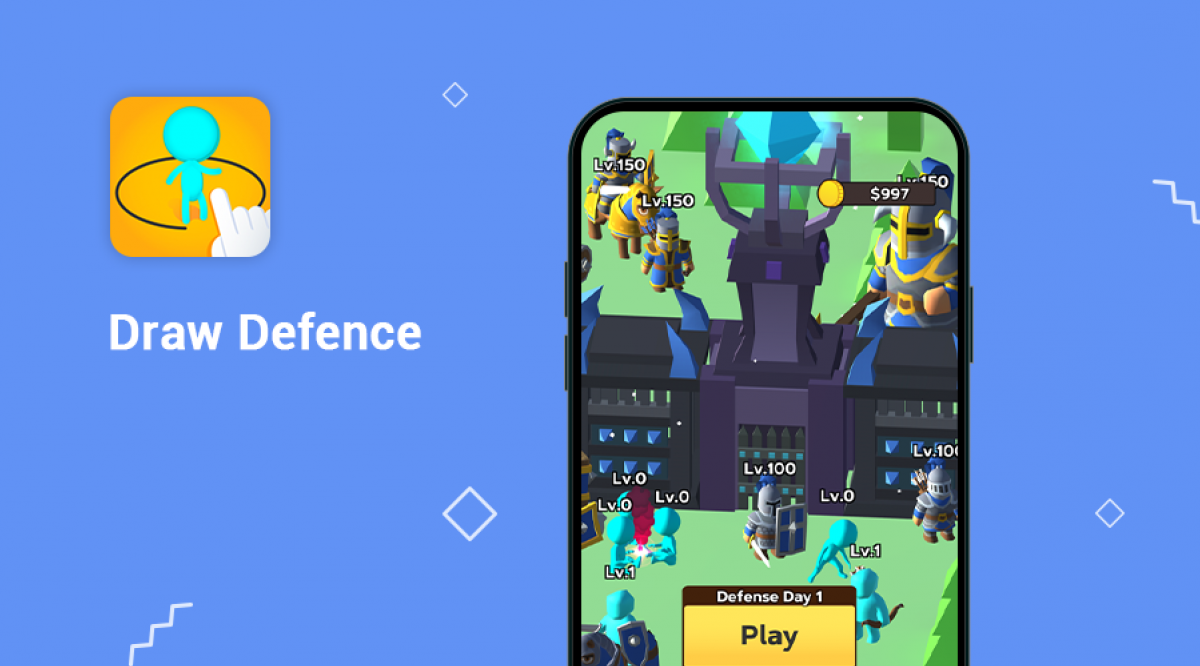 Draw Defence managed to successfully break into the US Free Games Top 10 Charts. As Mintegral was the game’s only UA partner, we were the secret weapon behind its success. By combining our user acquisition strategies and premium traffic with high-quality playable ad creatives, we were able to push Draw Defence to 9th place on the US Free Games Chart in just 8 days. 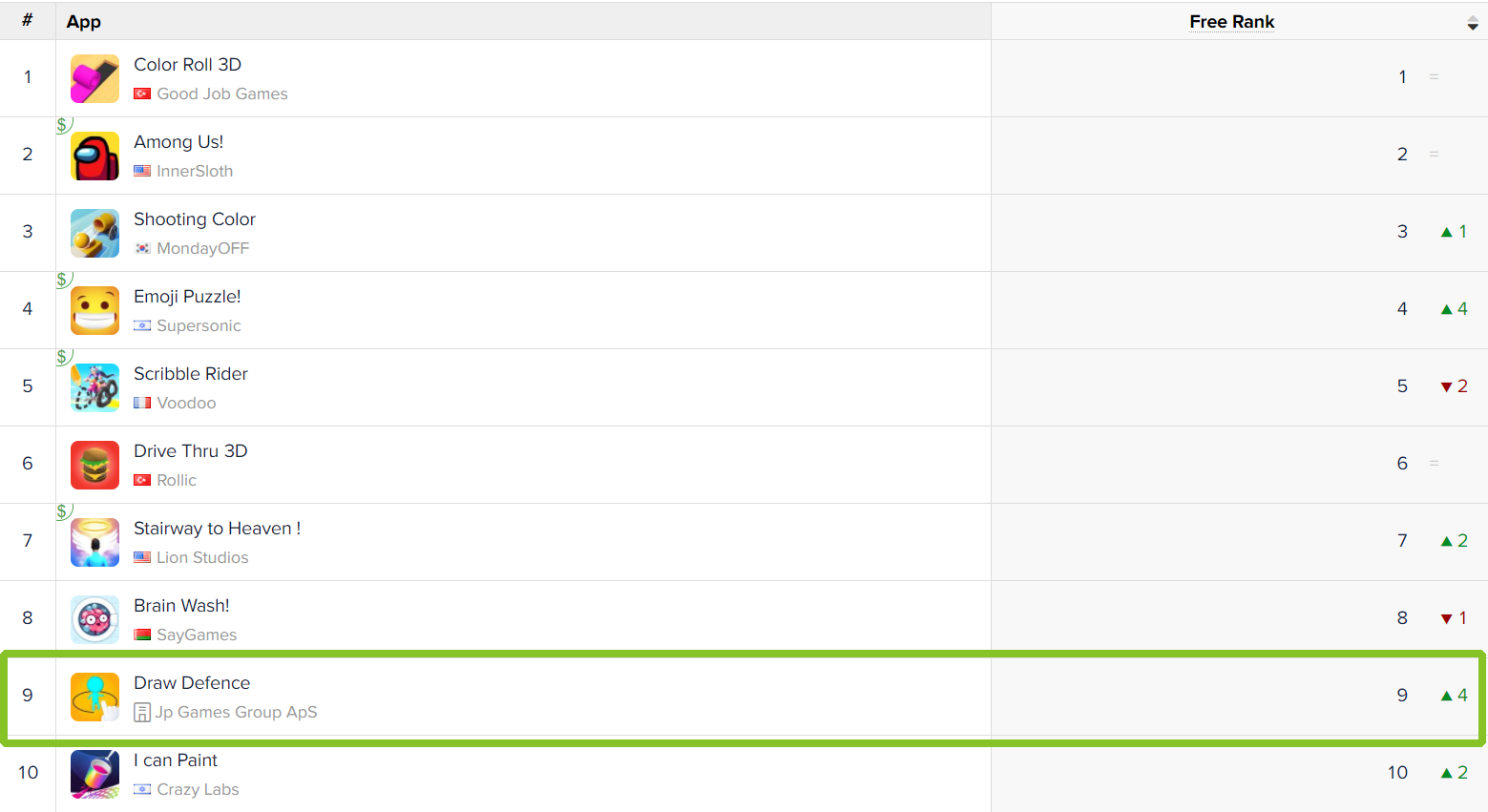 Let’s talk a bit about the game itself. Draw Defence is a strategy game where players start with a small village and upgrade their troops to compete against each other in different arenas and destroy the opponent’s base. What makes it interesting is the way players create armies and spells: by using different swipes or drawings, players can summon archers (horizontal line), infantry (vertical line), and even spells like fireballs or tornados. The game launched in early June 2020 and has had over 150,000 downloads on iOS according to App Annie.

So how did we manage to get Draw Defence to the Top 10 Charts on the US Free Games section? Here are the strategies we used to make this happen.

With the mobile gaming world being so massive and ever-changing, only effective advertising strategies can help good games be discovered by more players. After running an in-depth analysis of the game, we designed a custom UA strategy for Draw Defence that revolved around three key elements:

High-quality ad creatives are extremely important to draw users’ attention. This is why our in-house creative studio Mindworks created a set of playable ads to complement the ones provided by the game developer. We combined the Mindworks playable ads with our intelligent algorithms to find the best creatives for the game’s target audience, which resulted in constant IVR improvements.

After in-depth research around Draw Defence’s core gameplay, the Mindworks team used the following creative strategies to generate and customize the playable ads:

In order to get users’ attention, the Mindworks team focused on finding the most unique elements and gameplay mechanics from the game, including creating an army by drawing lines, casting a spell to summon a tornado, and more. This was done to show the fun and uniqueness of the game in order to get users interested in the game and stimulate them to download it and try these moves themselves.

2.Set clear guidelines and specific goals to make the game easier to play

To make the game easier to understand and play, the Mindworks team used the “Defend Your Castle” scenario as a clear goal for users to accomplish. The team also used visual hints on how users can summon a Tornado to help in their fight, providing an immersive experience that matches the game itself and enabling the users to dive into the action as soon as the playable ad starts.

3.Use unfinished achievement to spark users’ desire to play and win

To further attract users to download the game, the Mindworks used the playable ad CTA as a reminder telling users that they have “only 10% left to call the dragon”. As most users love the idea of complete collections, this approach was successful in getting users interested in finding out more about the new weapons they could unlock, further boosting game downloads.

By using these creative strategies, the Mindworks Creative Studio was able to boost the playable ads IVR by an incredible 142.25%.

Throughout the entire campaign, the Mintegral team focused on its transparent, open, and reliable advertising to help Draw Defence reach Top 10 on the US Free Games Chart and boost its IVR, all in just 8 days. As the game’s only user acquisition partner, we believe that the success of Draw Defence is a testament to our abilities. Our team of mobile advertising experts can help customers around the world with first-class solutions and you can be the next success story. Contact the Mintegral team today to see how we can help your game get to the next level.