The Mintegral Guide to Media Buying for Midcore and Hardcore Games

Midcore and hardcore games can also benefit from playable ads like casual games.

BEIJING, April 29, 2020 /PRNewswire/ — Midcore and hardcore games can also benefit from playable ads like casual games. Here’s how it can be done. 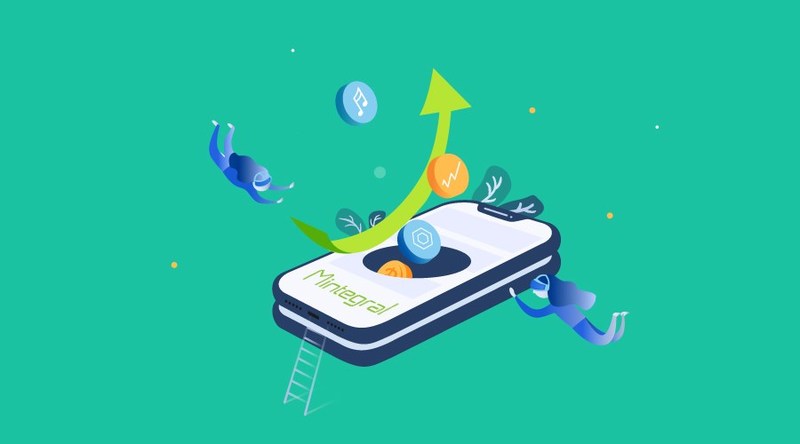 It is worth mentioning that, in addition to maintaining its excellent performance in the casual games category, Mintegral has also been shortlisted in 20 midcore game rankings across seven regions, and made a breakthrough in the European and American markets. Mintegral has managed to branch out from its original focus on casual game media buying into the highly competitive midcore and hardcore gaming market. So how did the company make it happen?

As the 80/20 rule becomes more relevant, a granular approach in campaign optimization is the key to success

The famous 80/20 rule applies to the advertising industry as well. As traffic dividends diminish, the mobile gaming industry enters an era where players in the market must fight for the limited number of users. Therefore, the competition amongst game developers in the media buying market has become all the more intense. At present, top media channels have become the main source of user acquisition for mobile games, and the top players have formed a monopoly that puts increased pressure on small and medium-sized game developers, as well as emerging media buying companies. Most game developers are faced with a bottleneck in their advertising efforts, as top media channels require higher standards from media buying specialists. In contrast, the quality of affiliate channels is rather volatile.

In the face of these pain points, Mintegral believes that transparent and reliable affiliate traffic, especially direct traffic from advertising SDKs, is something that midcore and hardcore mobile game developers need to pay attention to. Vincent Fan, Mintegral’s Head of Global Advertising Business Development, claims that the company’s advantage lies mainly in its comprehensive traffic distribution, big data capabilities, and technical product expertise. On top of that, Mintegral is also trying to use more granular optimization approaches to help midcore and hardcore game developers with more complex gameplay methods to amplify the effects of optimization and maximize developers’ return on ad spend (ROAS).

How to conduct more granular optimization strategies: make them ROI-oriented

In terms of traffic purchase for midcore and hardcore games, Mintegral’s comprehensive optimization capabilities are reflected in the processing of the massive amounts of data that is constantly generated and the extraction of valuable information from this data.

In terms of media buying, Mintegral’s strategy is to be ROI-oriented and to use the ROI as guidance for its optimization strategies. Furthermore, the company leverages its powerful algorithms and human optimization expertise to adjust and adapt multi-dimensional elements like users, traffic channels, advertising scenarios, creatives, and ad formats. These efforts are aimed at achieving a balance between scale and quality that will ultimately improve the overall advertising performance.

On the one hand, Mintegral owns abundant media resources with both high-quality direct SDK traffic and partnerships with world-leading ad exchanges, which allows us to create multi-dimensional media buying plans tailored to each advertiser’s needs. On the other hand, Mintegral’s DMP has thus far has reached over 1 billion gamer DAUs. The user data from first, second, and third parties can be integrated to generate a comprehensive gamer profile that achieves the key goal of helping advertisers pinpoint their target users and increase advertising ROI. Additionally, Mintegral’s optimization is constant and interactive. Optimizations to the bids and targeting options are made based on the campaign stage, the channels, and creative performance, and continuous analysis of changes in users’ interests and needs allows us to seize every opportunity.

“We have accumulated a lot of historical data and experience, but unlike many top media channels or other programmatic ad platforms, Mintegral also uses ROI-oriented optimization based on algorithmic data. While we continuously work to improve automated and intelligent product technologies, we will also continue to invest in human resources as it further expands the breadth of our optimization and, in turn, results in optimal overall ROI,” Fan said.

Midcore and hardcore games can also have playable creatives

In the world of mobile game advertising, ad creative has always been a critical component. Previously, in the media buying market, thousands of different creatives could be generated to correspond to different campaign stages and user segments. However, this type of ad creative optimization has gradually become more and more homogeneous.

For a long time, midcore and hardcore game advertisers have favored traditional news feed ads and video ads. But as users become more attracted to rewarded video ads and playable ads, advertisers have become increasingly tempted to try out these new ad formats. On this note, Mintegral’s creative studio Mindworks is capable of tailoring a variety of high-conversion interactive ads and creative videos for midcore and hardcore games.

Mindworks believes that interactive advertising is not a staple of casual games. Midcore and hardcore games can also leverage playable ads to attract new users. Based on the game’s features, style, and gameplay elements, multiple versions of playable ads and interactive end-cards or creative video ads can be created for use at different campaign stages to achieve optimal customer acquisition results. For example, in the early stage of a campaign, video ads can be used to increase the game’s exposure. In the next stages, interactive end-cards can be introduced to allow users to interact with some elements of the game to get a better grasp of the game’s key features after watching the video ads.

Mindworks also creates playable ads tailored to different gameplay or features specific to midcore and hardcore games, such as battles, heroes/characters, items, and gear. Also, playable ads can be leveraged to acquire user behavior data that can be drawn upon to change dynamic parameters and adjust elements through Mindworks’ automated creative platform. On top of that, multiple versions of ad creatives will be generated, and more A/B tests will be run to find the best version and improve ad campaign effectiveness. 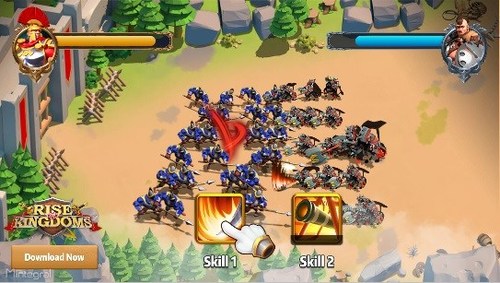 AppsFlyer pointed out in the State of Gaming App Marketing: 2019 Insights published at the end of 2019 that the share of paying users in the game industry is declining. Especially in midcore and hardcore games, the figure has dropped by 46% and 12%, respectively, while advertising-driven growth has risen by 32% and 40%, respectively.

“The success of the in-app advertising profit models for hyper-casual games has greatly affected the monetization strategies of other game types. More and more hardcore and midcore games are also moving away from a monetization strategy based solely on IAPs to one that integrates in-game advertising. The result is increased advertising traffic for midcore and hardcore games, which is of great significance to their user acquisition efforts,” Fan added.

Currently, leading game companies, including Gameloft (GLOFF) and Wildlife are advertising and monetizing through the Mintegral platform. As traffic for midcore and hardcore games is supplemented, this multi-category traffic pool created by Mintegral will become the main choice for an increasing number of game developers.