The Programmatic Counter-Revolution: Why the Industry Needs to do its Bit to Avoid a Personal Data Backlash

In this special contributed piece, Erick Fang, CEO of AI-driven ad platform Mintegral, considers the need for the programmatic sector to make the case for its responsibility, or risk imprecise regulation becoming the dominant governing force.

From time to time, I hear about a revolution in the online advertising business. Occasionally, I’ll listen in to conversations talking about how programmatic is up-ending the industry – changing ad buying habits, how consumers interact with adverts and transforming the industry with it.

And while the majority of this spending is in the US – where Zenith media expects that over $40.6bn (£33.2bn) was spent in 2018 – the trend is seen globally. In the east, for example, the outlet China Internet Watch said that 71 per cent of digital ad spend in its home territory will be made using programmatic advertising.

Oh, and if that wasn’t enough, programmatic advertising is currently forecast to grow bigger. Zenith projects that it will account for 68 per cent of all digital ad spending within a couple of years – further increasing its prominence.

So the programmatic revolutionaries appear to be in something of an impregnable position. There are some good reasons to believe that this might well be the case for the foreseeable future.

The strengths of programmatic

The first and most obvious reason is that programmatic has demonstrated its effectiveness as a transparent, effective method of buying digital advertising.

Compared to the dark days of manual online ad campaigns, with no tracking and little targeting, the ability to flexibly buy campaigns at scale, target them at the user segments business needs and receive rich reports at the end made the fortunes of programmatic. This means that the impact – or otherwise – of spend can be measured, encouraging companies seeking results to invest into the medium.

However, programmatic’s strength isn’t solely about how effective it is. Instead, programmatic has proved its worth by consistently evolving to ensure that it is able to be as effective as possible.

For example, artificial intelligence (AI) was not used in programmatic at all in its early days. However, with the technology improving, it is increasingly being used within programmatic to increase campaign effectiveness by targeting user segments more effectively or, in the case of Google’s Universal Ad campaigns, by learning which of the formats it is using for you is working the best and doubling down on it. Programmatic has evolved consistently with new technology, enabling it to at least maintain – if not further – its position.

Finally, programmatic’s dominance is likely to increase further because – quite simply – success encourages more to adopt the format.

Adoption of programmatic is becoming common place across technologies. eConsultancyforecasts programmatic advertising taking on a more prominent role in TV. Snapchat has become a new favourite for mobile advertisers since it went fully programmatic. Even new kids on the block like TikTok are taking the programmatic plunge. 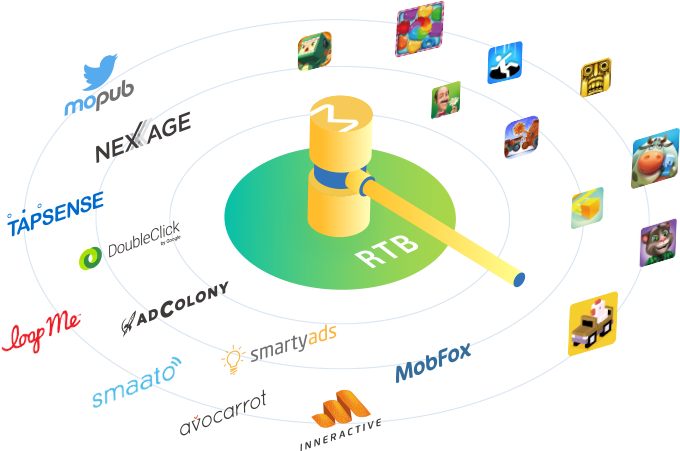 The combination of effectiveness, constant evolution and the influx of new players in the market could make programmatic look like an impregnable presence at the top of the digital advertising space.

Yet every revolution tends to be met by a counter revolution. And in programmatic’s case, the biggest threat it faces is a result of its major strength: it’s reliance on vast quantities of personal data.

With businesses make a killing through the use of metadata in the programmatic space, there was bound to be a backlash. But the concern for the industry is that the size of that response might be much bigger than expected.

Since Facebook’s grilling by US law makers, protecting personal data has shot up the political agenda. For example, the introduction of the General Data Protection Regulation (GDPR) into European law significantly bumped up users’ rights over their data.

And in turn, that has encouraged regulators to explore the programmatic advertising space in more detail.

In the UK, for example, the Information Commissioner’s Office produced a stinging rebuke of the current state of play in the real time bidding space.

Alongside outlining a plethora of concerns about the extent to which personal data was being securely managed between hundreds of partners, it concluded that ‘if you operate in the ad tech space, it’s time to look at what you’re doing now, and to assess how you use personal data.’

Worst of all, it isn’t just the UK making similar plays to protect individual data security. A raft of measures were introduced into China recently doing just that, further complicating the programmatic space.

This suggests that the rise of programmatic could be stalled by government regulators, if they feel the industry isn’t taking enough action.

The programmatic business therefore needs to take a different approach to the way it operates. Rather than denying its size or implying it is an up and coming player, it’s essential the sector makes the case for its responsibility before regulators come in waving the governmental ban hammer.

The good news for the programmatic industry is that it has the capability to do so. The strengths of the industry – specifically its ability to offer clear information easily to advertisers – can be used to empower consumers.

Already, we’re seeing positive examples of just that. The emergence of ads.txt in the web space, for example, could be communicated effectively to users to show that there are ways to know who is accessing data.

And while ad blocking and privacy tools may make advertisers jittery, the truth is that the majority of users still don’t use one. This means that their use helps the ecosystem filter out those most concerned about their personal data being fed into the programmatic funnel, helping the industry in the process.

But it’s also clear that the sector needs to do more to make that case. Programmatic advertising has revolutionised the digital advertising space.

But we all will need to do more to make sure it isn’t, like many revolutions are, eaten by its metaphorical children.