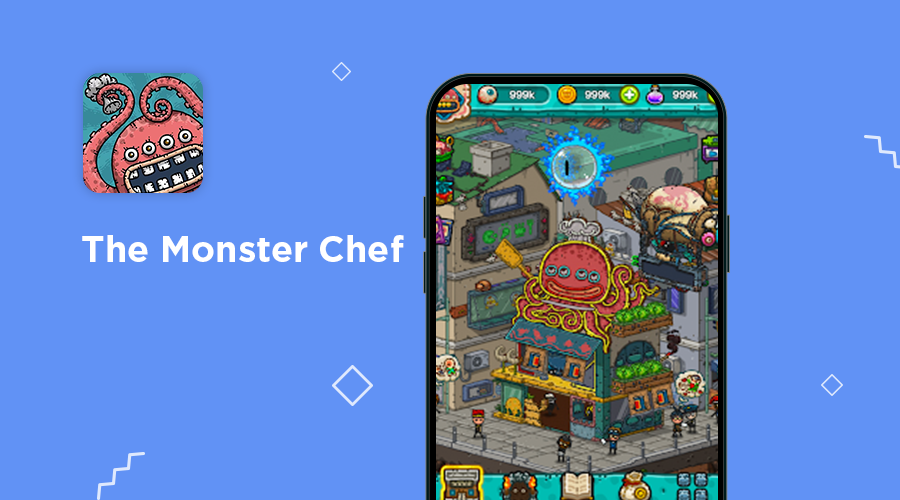 The advertising formats added to the app by Mintegral now contribute 50% of the total ad revenues generated by the game.

Coconut Island Games is a famous indie game developer in China. Founded in 2009, the company has released a number of popular games such as The Monster Chef, Super Hospital and Naughty Kitties. Most notable among these is the simulation game The Monster Chef (iOS) which has been featured by Apple App four times since it launched in March 2018. Having reached the top chart position in the simulation games category, The Monster Chef quickly acquired a large number of users. The challenge for the publisher was how to turn this increase in players into greater revenue.

Mintegral created several customized rewarded video ads for The Monster Chef, which were integrated into the game UI. For example, if players want to acquire more powerful cards, claim free in-app currency or double their virtual earnings, they can choose to watch video ads to get these rewards – or decide not to, and continue playing the game without the additional rewards. By including them as part of the gameplay in this way the rewarded video ads give players a voluntary choice, making the ad experience as positive as possible.

In order to continue providing high-quality ads that fit the game well, Mintegral continues to optimize the content using machine learning algorithms. This includes matching the in-app advertising to the interests of the players – which, in the case of The Monster Chef, is strategy and battle games. Thanks to the superior user experience and precise targeting, the ad revenues of The Monster Chef has continued to grow.

The advertising formats added to the app by Mintegral now contribute 50% of the total ad revenues generated by the game. Mintegral has proven itself to be the most effective of the ad networks Coconut Island works with, and as a result Coconut Island has agreed a long-term partnership with Mintegral.