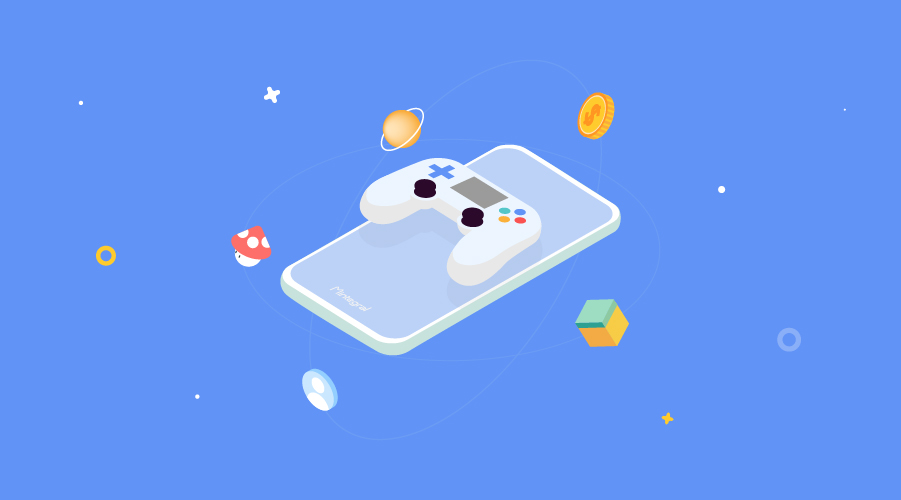 How Gaming Will Shape the Metaverse

The wave of consolidation within gaming is showing no signs of slowing down in 2022, with tech giants like Microsoft buying Activision Blizzard for $75B, the largest-ever all-cash purchase of a U.S. company, and Take-Two’s plans to acquire Zynga for nearly $13B. While the deals unlock access to a variety of mediums, platforms, and demographics ...

The wave of consolidation within gaming is showing no signs of slowing down in 2022, with tech giants like Microsoft buying Activision Blizzard for $75B, the largest-ever all-cash purchase of a U.S. company, and Take-Two’s plans to acquire Zynga for nearly $13B. While the deals unlock access to a variety of mediums, platforms, and demographics for cross-promotion and user acquisition, they also provide a strong leg-up heading into the metaverse and web3. As the year continues, large tech companies would be wise to snatch up traditional gaming studios and incorporate blockchain technology in a bid to strengthen their position in the metaverse.

2021 was an incredible year in the development of tech and the acquisition of companies looking to make an impact on the metaverse. Gaming studios have been at the forefront of much of this development and many have been and will continue to sell in order to advance their long-term plans of influencing users of the metaverse. Gaming itself presents the perfect onramp for the current intentions of larger tech companies and has not gone unnoticed. Leaving us to wonder, what are some of the reasons why consolidation will continue, and how does gaming provide an upside to the metaverse?

It’s a natural extension to gaming

Gaming is by far the largest form of entertainment and gaming apps take up the largest amount of session time for mobile users. Gaming platforms, like Roblox, have also introduced the ability for other forms of entertainment such as music concerts and other experiences to their audience and social network. This sort of experiential entertainment is in fact becoming more popular on gaming platforms than games. Simulation experiences are often the most popular genres on Roblox and this trend will continue as they focus on other genres.

Blockchain technology is already essential to the metaverse and will provide users with unique value propositions, especially with the opportunity of owning digital assets such as NFTs and crypto. Part of this trend is also a push for gaming companies to quickly enter the blockchain space as it allows the creators to generate their own NFTs, with the upside of not only the initial sale but also subsequent sales to downstream metaverse users. Blockchain will play an integral role in transactions within the metaverse and the fact that gamers are already familiar with in-game currencies and purchasing digital items will help transition much of the userbase.

With many major gaming companies looking to incorporate virtual ecosystems into future and existing titles, it’s expected that other industries will pay close attention to these innovations and learn how to apply this to their own consumer base. Within this push, the industry has already seen companies like Zynga, EA, Scopely, Jam City, and Voodoo announce plans to further invest in blockchain and other metaverse technologies.

Gaming has high engagement and stickiness

As growth marketers know, getting users to your platform is the first task, but keeping users engaged is the ultimate goal. This is where gaming has an advantage over brand apps as gaming almost always has a higher user rate and session duration. Additionally, unlike brands, gaming is already supportive of adopting crypto and NFTs as the default currency. The value and utility of blockchain are more intrinsic in gaming, thus less education is required and ultimately an easier transition to the mechanics of the metaverse. This constant use creates stickiness and makes gamers actual users of digital assets.

While companies like Microsoft and Meta may be vying for dominance in metaverse technologies, a central principle to how the metaverse functions are ownership of virtual assets and how they will be traded. Web3 is very influential in this regard as it ensures a more equitable digital landscape where there’s no longer a necessity for a ‘middle-man’ of sorts. By building on blockchain, game developers have the opportunity to more easily share potential revenue from incentives and rewards directly with the game’s community, passionate players and creators, further aligning the two parties. Gaming in the metaverse will ultimately put emphasis on its community and increase engagement. This is happening now and is what Decentraland has discovered through its use of DAOs (Decentralized Autonomous Organizations) where players also have the ability to contribute to the direction of a game and developers can build what is most meaningful to their game’s community.

The future of gaming in the metaverse

The recent wave of large-scale acquisitions in the gaming space will play a major part in how the metaverse will be adopted at scale by gamers and publishers alike. Gaming will be a key driver in this space and the companies who understand and make the necessary moves now stand to gain the most in the near future. A future where the metaverse will be a crucial component of modern gaming – and the other way around.