How Mintegral Helped Voodoo Supercharge Its Marketing in China

By the end of April 2019, Mintegral was helping Voodoo to monetize 40 titles with programmatic in-game ads, making Mintegral Voodoo’s top monetization partner in the region.

Founded in 2009, Voodoo is one of the games publishers that have helped to define the style of games we now call ‘hyper-casual’. Hyper-casual games are lightweight, instantly playable and suitable for any age or skill level.

Recently, Voodoo announced that its games had passed the incredible milestone of 2 billion downloads, and according to App Annie its game Helix Jump was the most downloaded game in the world last year.

To date Voodoo has published more than one hundred games across iOS and Android, making it one of the most prolific mobile publishers out there. Voodoo’s approach to the games market is simple; find games – lots of games – from developers that look like they have a strong core gameplay metric, then polish, refine, iterate, and test for effective monetization. This means that the success of Voodoo’s publishing model greatly depends on the capability of the ad networks it chooses to partner with.

Data is at the core of Voodoo’s DNA, so all studios Voodoo choose to work with go through a free testing process. When a studio achieves CPI and retention KPIs that reveal high potential in their game, Voodoo’s team of passionate and dedicated publishing managers then work closely with them to get their game across the line.

The key to a successful hypercasual game is the balance between a very low CPI and a high number of ad impressions. This means that hypercasual games are less about polished graphics and gameplay, and are all about the data. As long as the core gameplay is super-engaging, Voodoo is able to lower the CPI through clear advertising creative and data-driven programmatic marketing.

The success of Voodoo’s approach means that it has had over 15 games reach the top 20 in the US App Store charts, and seen such a meteoric rise that the name ‘Voodoo’ has almost become synonymous with the hyper-casual genre itself.

Voodoo first approached Mintegral in 2017 as it started to look at the potential of the APAC games market. China was one of the markets that Voodoo used for soft-launch testing of its games, but it wanted to find a partner that could help to increase installs and therefore revenues.

In 2018 Voodoo’s focus was mainly on the European and US app markets, but the start of 2019 saw more attention paid to China as it grew to become one of its top countries for ad revenues. Games such as hole.io, Helix Jump, Dune!, Snake vs Block and paper.io were each generating tens of millions of downloads. In order to capitalise on this growing success, Voodoo asked Mintegral to play a bigger role in its China strategy.

By the end of 2018 Mintegral was helping Voodoo to monetize 28 titles with programmatic in-game ads. This had grown to 40 titles by the end of April 2019, making Mintegral Voodoo’s top monetization partner in the region.

“Hyper-casual games have become a major hit in China as the simple gameplay appeals to everyone, and the fact that the games don’t rely on in-app purchases or subscriptions make them more accessible. We know that Chinese gamers are more tolerant of in-game advertising than gamers in other markets, so this, combined with the overall appeal of these games makes them a perfect match for the Chinese market,” said Erick Fang, CEO of Mintegral.

Thanks to Mintegral’s expertise in the Chinese mobile games market it was the ideal ad company to help Voodoo achieve its goals. Specifically, Mintegral was able to leverage its own extensive inventory of extremely popular Chinese apps to underpin any UA campaign.

Through its Mindworks creative studio, Mintegral was also able to help Voodoo roll out high-quality, creative and effective video and playable ads, designed to drive user engagement and installs.

Mintegral also prides itself on offering 24/7 account management and support. That is a huge reassurance for Western companies looking to launch campaigns in APAC, and was a further reason for Voodoo to partner with Mintegral.

“As we all know, China is a market where the more fragmented app landscape makes ad campaigns at scale more complex to plan and execute. Mintegral’s exclusive relationships with hundreds of app publishers meant that we were able to access to a lot of exclusive ad inventory, which was key to us being able to monetize our games successfully,” explained Shumin Dai, User Acquisition and Monetization Manager at Voodoo.

Over the duration of the Mintegral-led campaigns, the ad fill rate for Voodoo’s titles increased from 30% to a high of 75%, while the eCPM stayed stable at between $26 and $30. But perhaps the most impressive increase was in the number of ad impressions, which have increased 30-fold.

The challenge
As its most successful game to date, Voodoo wanted to increase installs of the iOS version of Helix Jump on the Chinese App Store. Specifically, they wanted to increase the number of Daily Active Users (DAU), and grow the game revenues in APAC by at least 20%

An example of the playable ads for Helix Jump can be seen below. The Mindworks team iterated the ad over the duration of the campaign to optimise the engagement and click-through rate, adding extra features such as background music and even ‘bullet comments’.

One of the most important factors for programmatic campaigns is the effectiveness of the targeting. In order to reach likely fans of hypercasual games the Mintegral team analyzed the results of previous campaigns and tested different targeting parameters such as device type, OS version, demographics and interests. The live campaign was regularly adjusted and A/B tested, targeting fans of particular game categories and styles of games to find the best possible audience match. 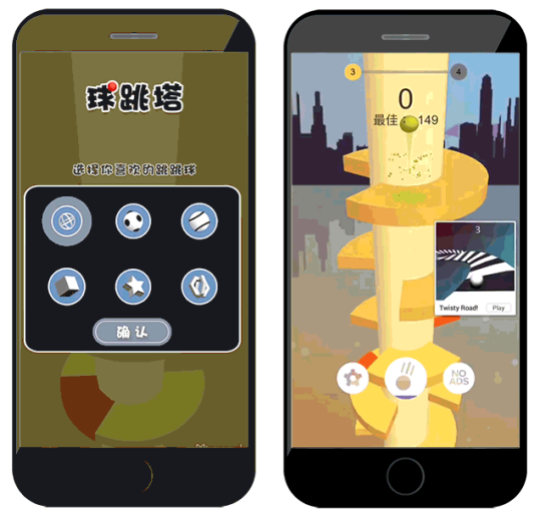 The experience of the Mindworks team meant they were able to share thoughts and suggestions on the most effective ad creatives, helping Voodoo to better understand the tastes and preferences of Chinese mobile gamers of Chinese user’s preferences.

By adding more localised elements – background music, popular stickers, localised text – along with exhaustive testing and analysis, the Mintegral team were able to optimise the campaign performance and exceed the campaign goals set by Voodoo.

Thanks to Mintegral’s expertise in the China market, adding innovations such as bullet comments to the ads also added an extra dimension that contributed to the overall success and is one of the reasons that Mintegral continues to be an important UA and monetization partner for Voodoo in China and the wider APAC market.

What are “bullet comments’? 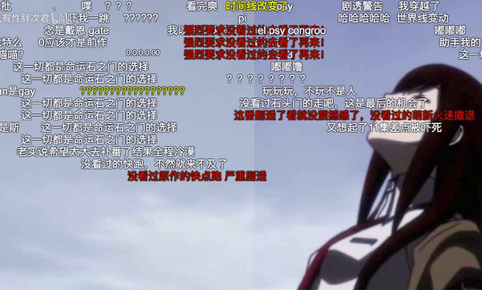 Bullet comments are a way of overlaying short user comments over video in real-time, allowing viewers to see and share the opinions of other users.

It’s an innovation that has caught on in China and Japan, and especially on the Chinese video streaming site Bilibili, which has more than 30 million registered users who share a passion for animation, comics and games.

Adding the bullet comment feature to the site generated a lot more engagement, clicks, and an increase in subscribers, and appears to be a feature that younger users really enjoy. As a result, other video sites are rolling out bullet comments too.

As yet, there is no equivalent on any Western social media or video platforms. The closest is gamer-centric video streaming platform Twitch, which shows real-time comments from viewers alongside the video content.

Voodoo’s Publishing team would be delighted to discuss your games’ potential with you so don’t hesitate to sign up on their form and you’ll be contacted up to 48 hours after submission! https://www.voodoo.io/publishing/submit-your-game Take your games to the next level.